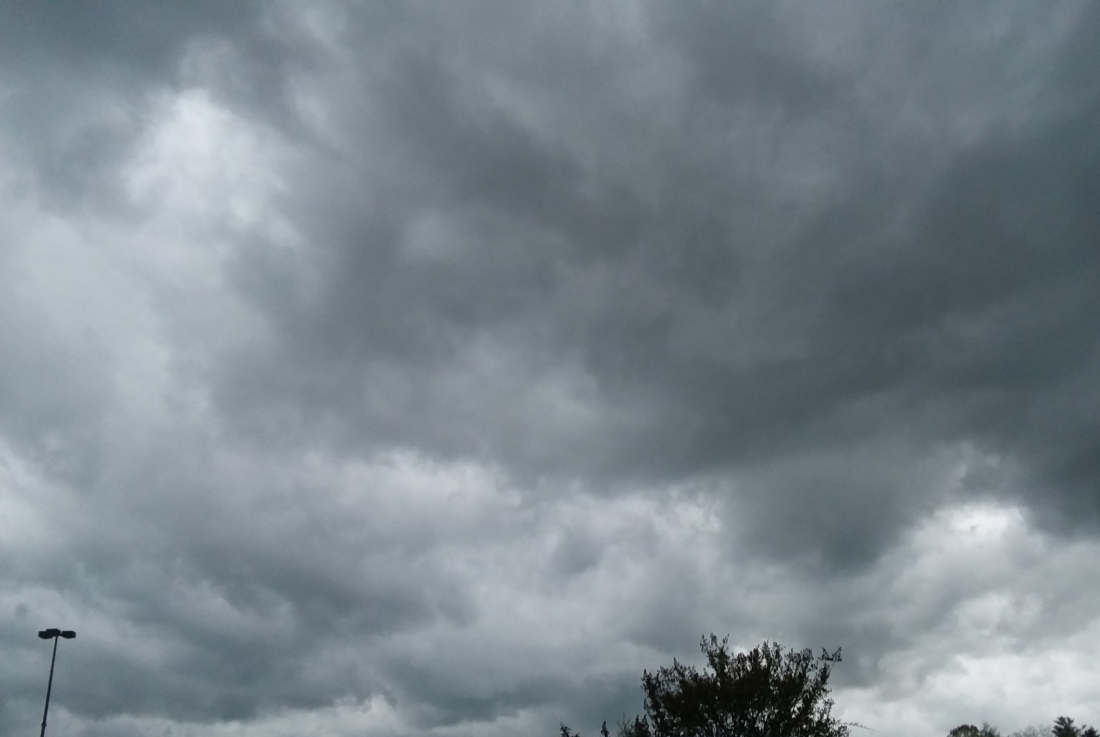 The sky carries many messages from God. There is a tendency to focus on the tear jerking sunsets or the sunrises that fills your heart with renewed energy and hope. But dear friend, God speaks just as loud if not louder in the storm and the loudest in the silence.

When Jesus died on the cross there were many storms going on. There was the physical storm. Darkness eerily blanketed the land and the ground shook in holy fear. (Matt. 27:45,54) Then there was the spiritual storm.  People and soldiers mocked Jesus and scorned Him, as was predicted by the prophets. Their words are the mirror image of my sin and the moments when I allow apathy to be Lord instead of JESUS.  As Jesus hung on the cross the taunts and insults defaming His Lordship were slung like mud upon His face. And yet there was silence in Heaven as Jesus begged His Father for answers. “Why have You forsaken Me?” (Matt. 27:46)  Why? The love of Jesus was so great that it far exceeded making sense. It was life altering and earth shaking and in Christ’s love He bore the pain of silence in order to shout His love for you!

You couldn’t have been in Jerusalem that day and not have been changed.  The sky turned dark at an unusual hour and the earth fumbled beneath you. What you thought your life was founded on was sinking. What you thought was allowing you to see was really making you blind. And you longed for healing: to who would you turn?  If you were in the temple you would’ve seen the temple curtain torn in two from top from bottom, an act never done before or since. This demonstrated that God broke  the divide between God and man. Jesus made it possible for us to enter the throne room with grace.  If you were in the graveyard when Jesus died you might have seen a relative jump out and start praising Jesus. Because of Jesus, death has lost its sting. Nobody could’ve ignored the cross that day, but Jesus could’ve been ignored. Nobody could ignore the fact that their plans had been altered and something different was stirring in town, but did they really know why Jesus was there? Did they stop long enough to listen to the sound of His earth shaking love that made the darkness tremble?

Yesterday was Good Friday. The clouds were onomious and the wind howled. I think the weather was a picture of the first Good Friday. Everyone in town, was talking about the storm, racing to the store to stalk up on chocolate, milk and bread. (the essentials of course) There was a state of frenzy and fear. You couldn’t be in town and not hear about this storm or feel it’s power.  And yet people weren’t discussing  who made the storm or the power behind the breath of God’s  mouth. But it was God’s day as is everyday, rain or shine. Through that storm and every physical storm, I believe God speaks to people as a whole and as individuals.  Everyone saw the storm yesterday, but I think only few really let God speak to them through the wind, and the billowing clouds. Sometimes God speaks in the storm and sometimes in a still, small voice. And sometimes God speaks to us in the center of our silence and our cry to Him in the deepest moment of our pain. Even when it feels like He does not answer He is still there. Jesus died on the cross for everyone who has and who will ever live. But there is a message of grace and hope for you dear friend, personally. Jesus doesn’t just see a throng of people, He sees indiduals with personalities, smiles, giggles, heartaches that rip you, and dreams that make you cry. Jesus knows you inside outside and upside down and He still chose to die for you. Now friend, that’s love.

Give Your heart to Him, open Your eyes and choose to see what He has for you. It will not always be easy, but with your hand placed inside of His scarred hand, there is comfort that you will never walk alone. 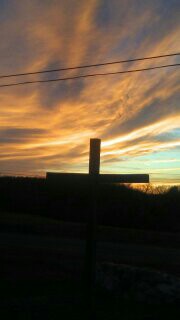 “But God demonstrates His love for us in that while we were still sinners Christ died for us.” Romans 5:8

Much Love and Happy Easter!

The song “Tremble” (which was used in post) was written by Hank Bentley, Mia Fieldes, Andres Figueroa and Mariah. Check out the song and the story at this link. 🙂

View all posts by Anna Andersson